We have an exciting maths curriculum in school. We use the White Rose Maths schemes of work to guide our long term plans (please see their yearly overviews below) and to act as our source inspiration for planning. We also take engaging ideas and activities from other fabulous resources like ISeeReasoning and Nrich. These all allow us to focus our learning around the three main aims of the mathematics curriculum, which are: 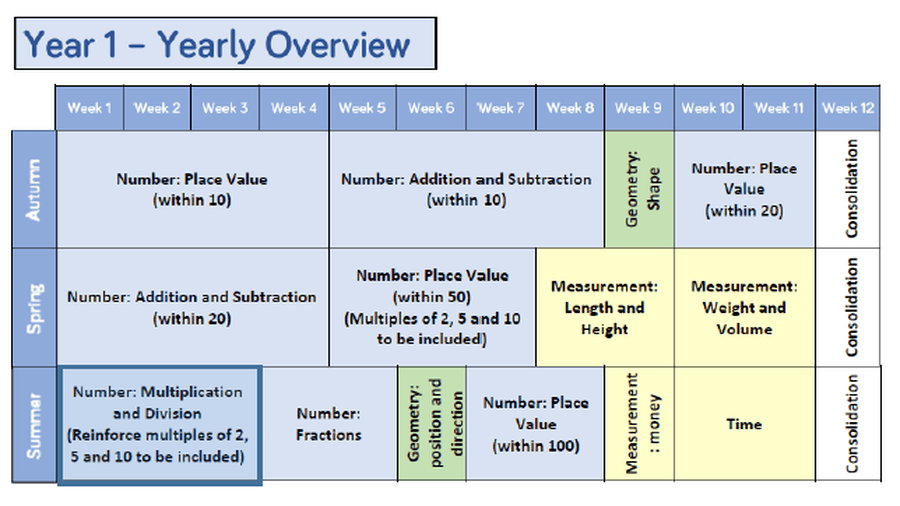 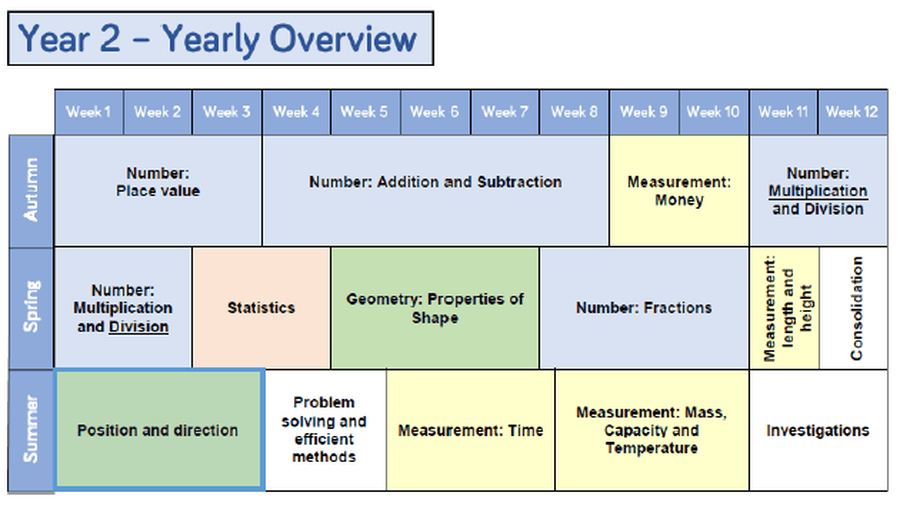 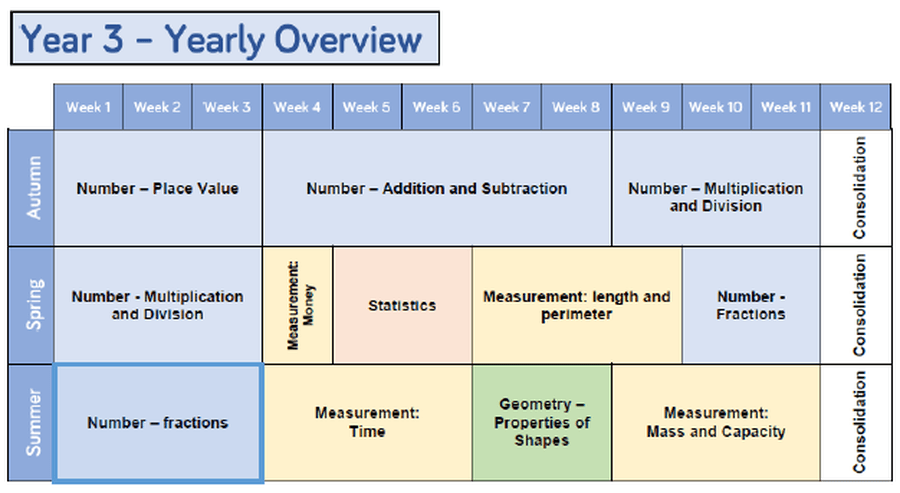 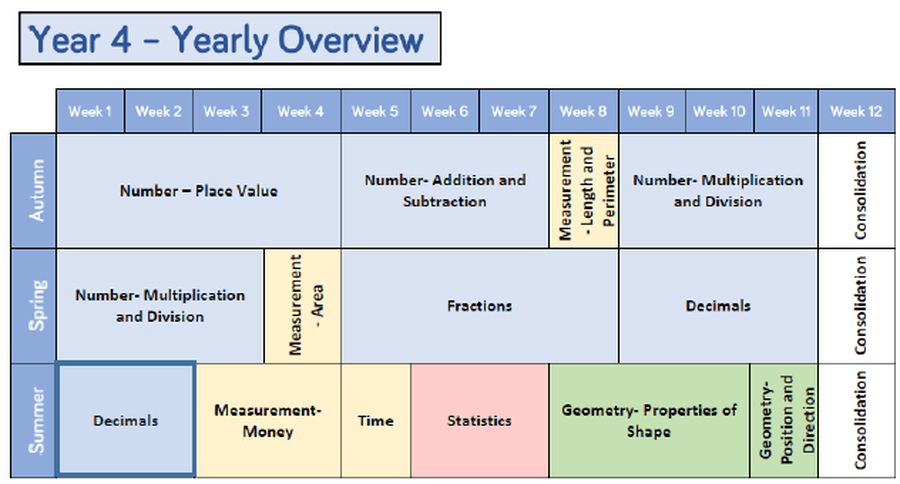 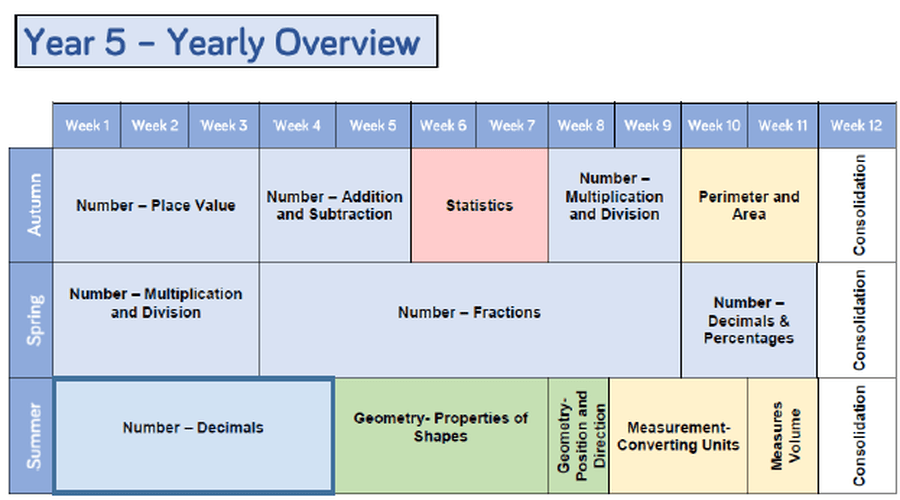 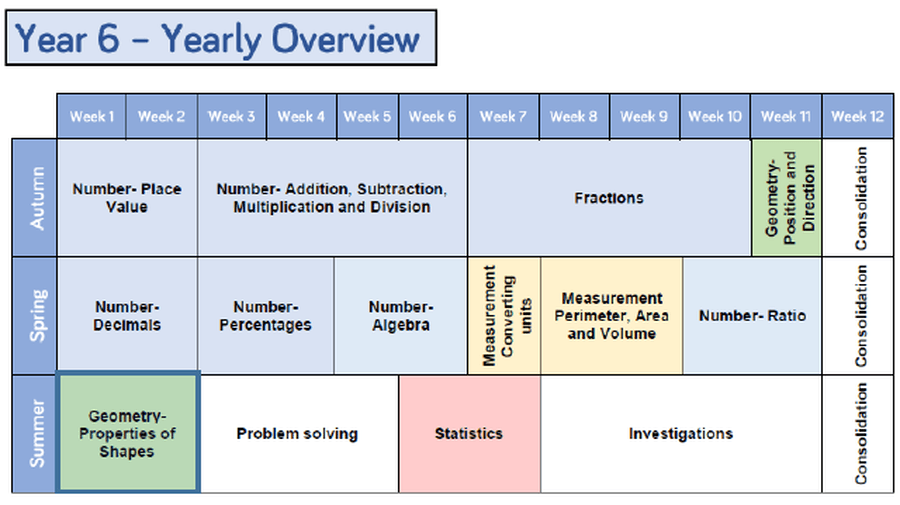 An overview of our approach to teaching and learning in maths can be found below. 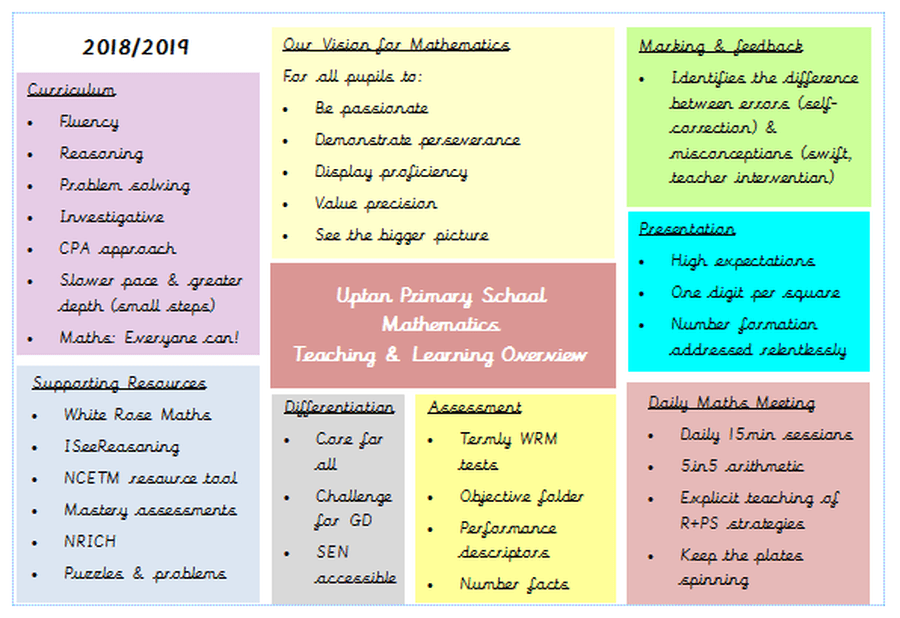 A concrete-pictorial-abstract approach is central to all that we do. This means that concepts are taught using 'concrete' objects like counters, Numicon, Cuisenaire, Dienes rods, ten frames and more. Children can experience and explore maths at their fingertips in the first instance. Understanding is then consolidated with a pictorial and grammatical stage to bridge the gaps between the use of objects and symbols. Bar modelling is an excellent example of how we approach the pictorial stage. Ultimately we want children to be able to work proficiently and independently in the abstract. That is, we want children to be able to solve problems using numerals and symbols only, but with a secure understanding that has been supported through exploration at the concrete and pictorial stages.

To 'keep the plates' spinning we have a Daily Maths Meeting (DMM) where children encounter arithmetic practice alongside richer tasks from content spread across the mathematical domains. This allows children to keep their learning from previous topics fresh in their minds. So in a typical week children could revisit learning from geometry, time and fractions in addition to focus domain in their main maths lesson. 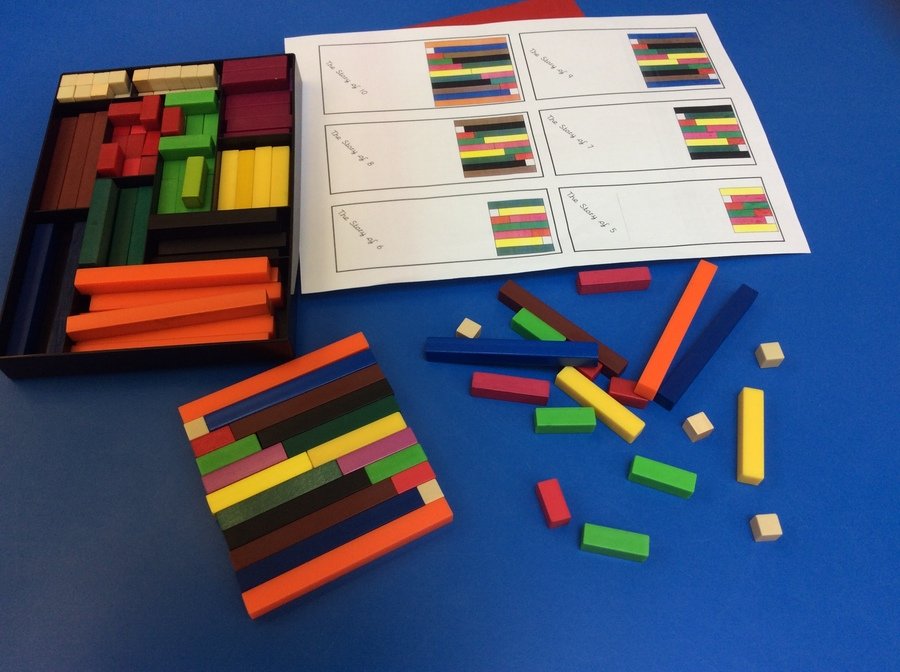 We are also extremely passionate about learning and embedding our times tables. The pupils have their own TT Rockstars account and earn coins for their own rockstar by concentrating on different times tables each week and consolidating the ones they learn by revisiting them each half-term. The children can enter the garage, studio, arena or a festival!

Reasons to play in the Garage: we recommend the Garage is the default game to play as it's designed to help pupils get faster. After a few games, the TT Rock Star software engine starts to work out which number facts each pupil struggles with and then begins presenting those questions more frequently.

We recommend that pupils play 3 times (a total of 3 minutes) in the Garage every day.

The teacher can control which questions pupils get in the Garage so it's more appropriate for younger primary school children to play in the Garage, particularly as they start out with the 2s, 5s and 10s. It's free from the distractions of competing against other pupils and as an extra incentive, pupils get 10 coins per correct answer instead of 1. The focus, however, should be on competing against themselves.

The TT Rock Star engine works out the children’s mean score over their last 10 games in the Studio and it's their speed in the Studio that determines their rock status. The more questions on average that they answer correctly in a minute, the higher their rockstar status. Starting off as a Busker they get to Rock Star if their per question average is 3 seconds, Rock Legend if it's under 2 seconds or Rock Hero if their average speed is 1 second or less per question.

Pupils may find it easier to understand on a per game basis, which would look like this:

Fortunately, because it's based on the mean over the last 10 games, a single bad performance doesn't have an exaggerated effect on the status.

Reasons to play in the Arena: The Arena, like the Garage, is only for practising the times tables that the teacher has set. The difference is that it's a multiplayer game for pupils to perform with other bandmates! Pupils join a game at the same time and compete to see who can answer the most questions.

This is not the most effective game mode for pupils to reach mastery (that would be the Garage) so we recommend the Arena for times when you want to inject a bit of competitiveness in the classroom or let them play in the Arena as a reward.

The premise of the Arena is the same as Live Mathletics or Sundae Times in MangaHigh, however the Arena's advantages are that the Arena games are one click away once logged in; they will accept 30+ users in a game (rather than 3 or 4); and you don't need to press play at the same precise second to join your teammates.

A few points to note:

Reasons to play in the Festival: This is the multi-player version of the Studio - students face questions up to 12×12 while competing against players from around the world.

As with the Arena, the four different Festivals are to help you name the Festival you're joining. There is no difference in the format or type of questions between Glastonbury, Lollapolooza, etc.

A new Festival game starts every 15 seconds and there is no limit to the number of players that each game will accept (unlike Manga High, Arcademics or Mathletics).